“Kill me. If you’ve ever been my friend, kill me.”

It’s the end of the line.

WICKED has taken everything from Thomas: his life, his memories, and now his only friends—the Gladers. But it’s finally over. The trials are complete, after one final test.

What WICKED doesn’t know is that Thomas remembers far more than they think. And it’s enough to prove that he can’t believe a word of what they say.

The truth will be terrifying.

Thomas beat the Maze. He survived the Scorch. He’ll risk anything to save his friends. But the truth might be what ends it all.

The time for lies is over.

If anything, I mildly didn’t like the ending to this series. It was sad, slow, informational, and a little boring. If you’ve done what my brother did and it’s been months since you’ve seen the word Minho appear on a page of James Dashner’s books, I’d forget about it. It’s not worth it.

“Minho looked at Thomas, a serious expression on his face. “If I don’t see you on the other side,” he said in a sappy voice, “remember that I love you.”

“Awww,” Minho said. “That’s almost as sweet as that time she slammed the end of a spear into your shuck face.”

“Dude, you tried to slice my you-know-what’s off!”
Thomas laughed, something that he hadn’t done in a long time. He welcomed it happily. “Too bad I didn’t. Could’ve saved the world from future little Minhos.”

“I don’t think there is a right or wrong anymore. Only horrible and not-quite-so-horrible.”

“Thank you for being my friends”

“Next time I’ll pat you on the freaking back for stating the obvious.”

“You’re either the bravest kid I’ve ever met or plain crazy.”

“I ought to come up there and break your shuck nose.”

“Fear of the unknown no longer controlled him. Hope had found its way in and taken hold.”

Where to find the book? 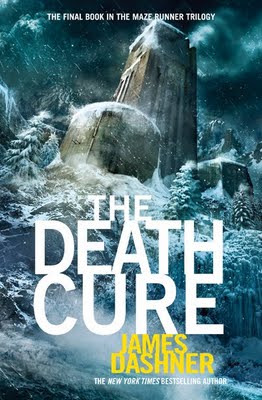